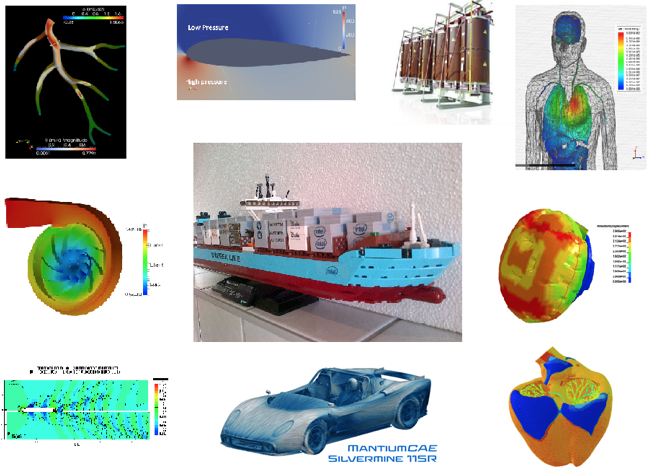 Two years later, in 2015, we reached an important milestone when we introduced our UberCloud HPC software containers.  It turned out that use of these containers shortened project times dramatically, from an average of previously three months to just a few days. Containerization drastically simplifies the access, use and control of HPC resources, applications, and data, whether on premise or remotely in the cloud.  Essentially, users are working with a powerful remote desktop in the cloud that is as easy and familiar to use as their regular inhouse desktop workstation.  Users don’t have to learn anything about HPC, nor system architecture, nor cloud, for their simulation projects.  This approach will inevitably lead to the increased use of HPC for every engineer’s daily design and development, even for novice HPC users. That’s what we call “democratization of HPC”.

For this UberCloud Container Compendium we have selected 21 case studies from engineering cloud projects which all used UberCloud’s novel HPC container technology. The objective is to demonstrate the wide applicability of Docker based HPC containers for really complex engineering and scientific applications, on different single- and multi-node cloud infrastructures.

You can download the Compendium for free by filling in the form! 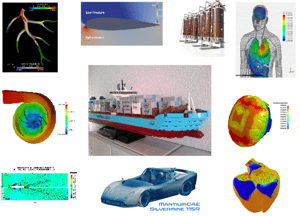 Team 159: Aerodynamic Study of an Airfoil in UberCloud’s OpenFOAM Container

Team 177: Combustion Training in the Cloud

Team 182: CFD Modelling and Optimization of Transformers in the Azure Cloud

Team 190: CFD Simulation of Airflow within a Nasal Cavity on Azure

Team 197: Studying Drug-induced Arrhythmias of a Human Heart on Advania

Team 200: Simulation of Neuromodulation in Schizophrenia on Advania

Team 201: Maneuverability of a KRISO Container Ship Model in the Cloud

Team 206: Establishing the Design Space of a Bioreactor on Microsoft Azure

Download the Compendium for free by filling in the form.

We are extremely grateful for the support of our UberCloud experiments by Hewlett Packard Enterprise and Intel, and by our primary Media Sponsors Digital Engineering, HPCwire, insideHPC, and the invaluable case studies they supported, as well as the UberCloud Compendium series. 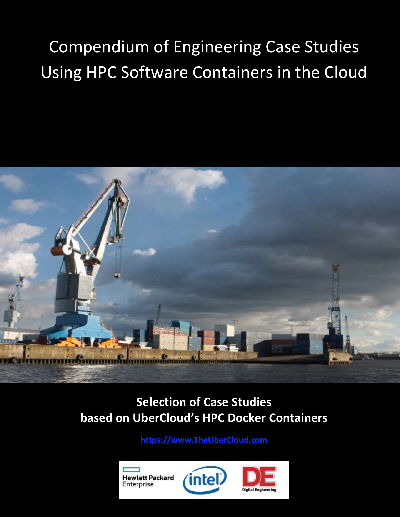